Press enter to begin your search

Ball’s Pyramid is the eroded remains of a caldera volcano that formed about 6.4 million years ago. It is located 20 kilometers southeast of the main island. It is a towering and surreal 562 meters high, and measuring only 1,100 meters in length, and 300 meters across the base. It has the haunting appearance of a blade or fin rising from the oceans depths.

The towering volcanic peak of Balls Pyramid was named after Henry Lidgbird Ball which was first sighted in 1788, at the same time Lord Howe Island was discovered by HMS Supply, and the first fleet.

Balls Pyramid is part of an extended Lord Howe Island Marine Park. Climbing the pyramid was banned after 1982, making it a unique island reserve for birds, and the very rare Dryococelus australis, which is the only place on earth where this unique species resides.

Boat trips are available around Balls Pyramid, and this is a fantastic way to take in the towering majesty of this incredible oceanic mountain marvel.

The depth of the ocean around Balls Pyramid makes it a fantastic deep sea fishing location, with many species of fish and ocean life frequenting the deep sea currents around the pyramid.

Lord Howe Island is the perfect place for an oceanic adventure or fishing trip. With such unique locations as Balls Pyramid in close proximity to Lord Howe, one doesn’t have to venture to far away for varied options and amazing experiences.

Book accommodation with Arajilla Retreat, and talk to our staff about boat and fishing trips around Balls Pyramid. 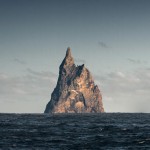 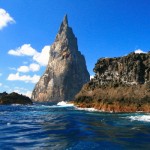 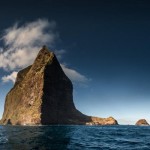 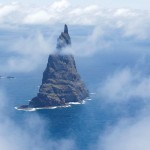 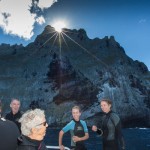 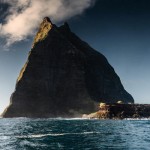